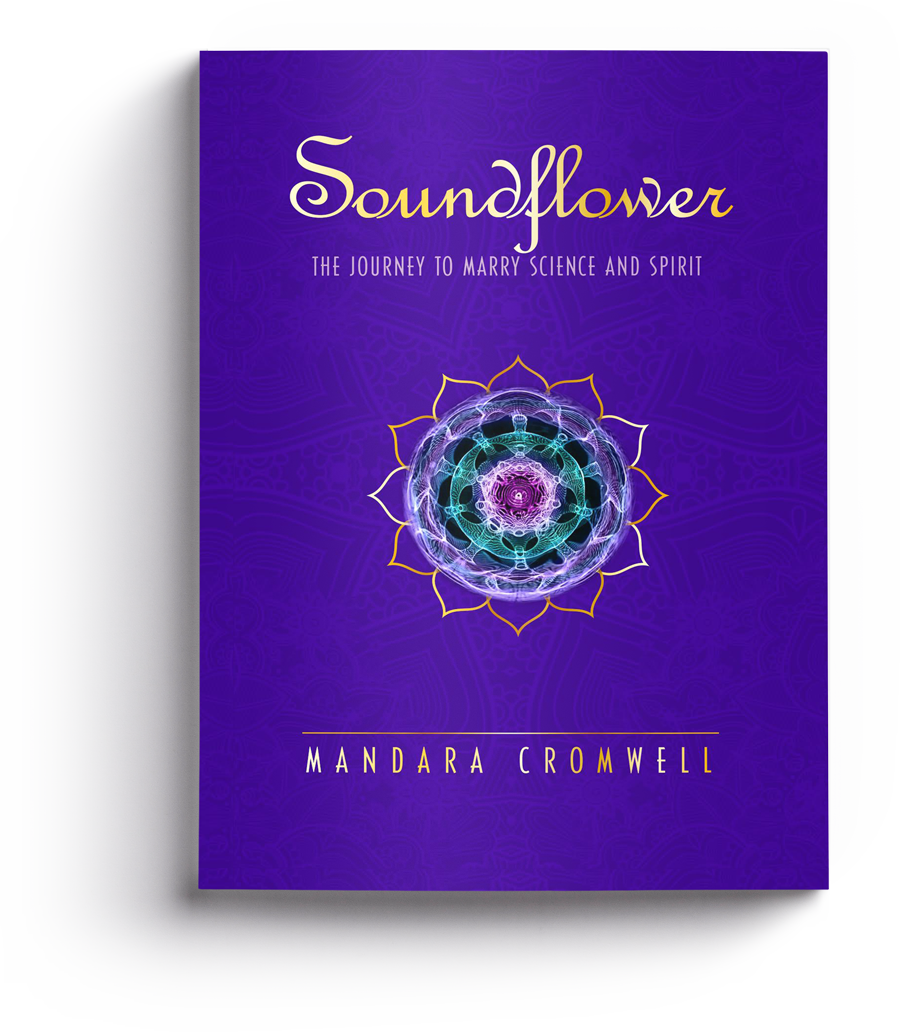 The Journey to Marry Science and Spirit

Soundflower is the story of a woman whose divine quest began as a child with a mystical experience in the majestic Gothic architecture of a Catholic church. Signs and symbols experienced in her youth continued to appear throughout her life, but one of the most profound spiritual messages came to her from science—in the form of sound made visible.

In this book, Mandara Cromwell tells about her message from an angel that led to travels in other countries and her destiny to create a new paradigm of healing. Bringing the realms of science and spirit together helped her prove what she had held in her heart as true for decades. Her profound wish is to share this knowledge with others for the greater benefit of the world.

If you are looking for answers in your own spiritual quest and a more natural way of healing the body, Soundflower: The Journey to Marry Science and Spirit will benefit you in a multitude of ways.

It is an intimate sharing of her personal experiences showing the incredible power of sound—from the ancient practices of healers in many cultures to the instruments of cutting edge technology. She relates her own story of being on the forefront of a new science while also on a journey to follow her heart.

This book will appeal to anyone who is in awe of the universe. 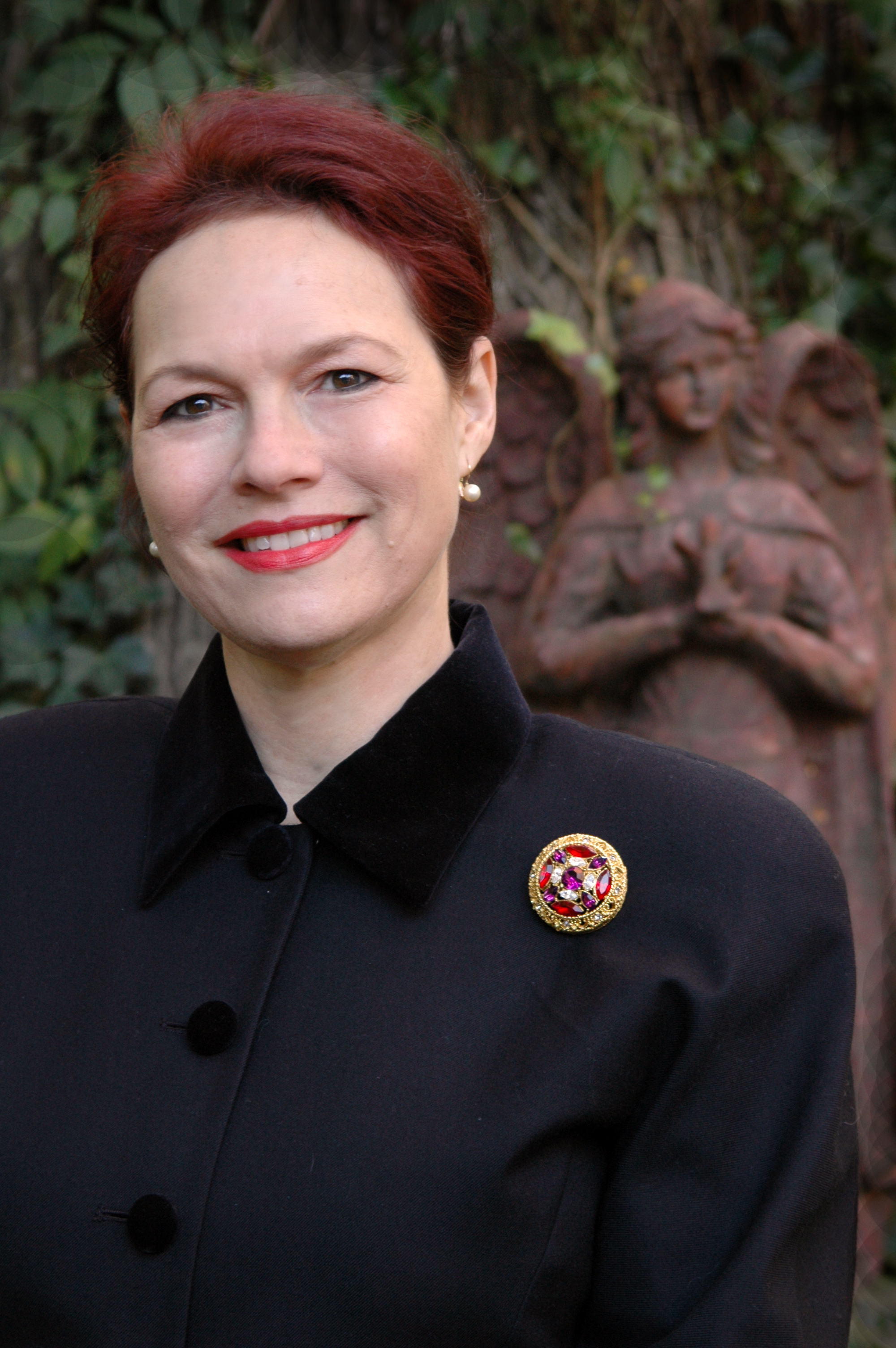 Mandara Cromwell, DCM (Doctorate of Cymatic Medicine), is an American woman entrepreneur and inventor, who is also the CEO and President of Cyma Technologies. This company, built on spiritual principles, manufactures her own inventions—the AMI Acoustic Meridian Intelligence™ devices. The AMI 750, an advanced sound technology device, was nominated for the Thomas Edison Award for Innovation in the Fields of Science and Medicine in 2013. In 2002, she coined the term “Cymatherapy™” and used it to refer to wave therapy based on the work of a group of German and British scientists, which included Dr. Peter Guy Manners, with whom she studied.  Since that time, she has taken his work to new heights with the development of the delivery systems innovated in the AMI devices and the fully researched protocols found within them.

Long years of study and research inspired Ms. Cromwell to create Cyma Technologies, in order to preserve the integrity of these specific healing frequency patterns. In 2016, Ms. Cromwell released the most fully researched frequency healing protocols in the United States, as part of the programs found in her devices, and named them the “Cyma Ten.”

In addition to her profit making company, she is the founder and board chair of ISTA, the International Sound Therapy Association. Since 2006, ISTA has been serving the field by producing the annual Cymatics Conference, which draws together new voices in sound science. The organization has provided community outreach in numerous cities and continues to offer ongoing classes in therapeutic sound education with both ancient instruments and cutting edge technology. She currently co-chairs the organization’s national initiative, the Pain Free Living Campaign. This project was designed to educate the general public and provide them with drug-free noninvasive sound solutions for pain relief.

In 2017, Ms. Cromwell produced the conference entitled “Cymatics: The Art and Science of Making Sound Visible,” during which she revealed never before seen Cymatic images of healing frequencies. The program also premiered a short film entitled “dance divine,” which she co-produced with other artists, utilizing dance, yoga, and healing-sound images.

Ms. Cromwell holds a BA in Art History, which led her to studies in Eastern philosophy and a journey to India, where she first encountered sacred sound.  She travels the world lecturing on sound as the medicine of the future.  She was invited by the India Cultural Ministry in 2013 to share her presentation “The Art and Science of Sound” at the Sacred Art Symposium in New Delhi. A frequent guest on radio and television programs, she speaks about the healing power of sound and how to access it through ancient techniques and her own innovations. With her many endeavors, she still finds the greatest joy in her three grandchildren and hopes to enrich their lives with her wisdom and spiritual experiences.

A Note from The Author

“Soundflower is my first book. It has taken me almost a lifetime to write it. For years, it has been my mission to prove with science what I first knew to be true in my heart. The power of sound to heal us is immense and must be a part of our future. The universe is filled with great forces and incredible gifts created for us to discover. Sound is one of those forces, whose potential we are just beginning to realize. I hope my story will inspire people to look deeper into the places where science and spirit connect.

The illustrations found in my book are real sound-made-visible images. They are created in a controlled laboratory setting with great technical expertise. Through modern day technological miracles made possible by the CymaScope, invented by John Stuart Reid, we can see the intricate details of the sound generated by the AMI 750 device, my own innovation.

It is thrilling to see how these specific healing frequencies can be expressed in a multi-dimensional visual image, allowing the viewer to experience sound coming to life. Viewing one of these images is like plunging into a sea of sound. They are all glimpses of the profoundly beautiful universe which can help and inspire us all. I believe each one has a depth that allows you to be transported into a higher state of yourself.

Through the sound flowers, you can come into the realization of your own form in its fullness. I have experienced many revelations while on my path to learn about Cymatherapy™ and I am excited to share all of this with you. I hope everyone will join me in exploring the beauty of the Cymatic universe.”

Mandara Cromwell, Author of “Soundflower: The Journey to Marry Science and Spirit”

These visuals are known as Cyma Glyphs, created by sound frequencies fed through a Cymascope to make them visible. More of these illustrations can be found in the Soundflower book!

These visuals are known as Cyma Glyphs, created by sound frequencies fed through a Cymascope to make them visible. More of these illustrations can be found in the Soundflower book!